What would we do without fashion?

It’d be boring as batshit to weigh in on the political arguments demonising fashion via the objectification of women (or hunky men if you’re so inclined) and the rampant promotion of consumerism but, just so you know at the outset: fashion is OK by me. 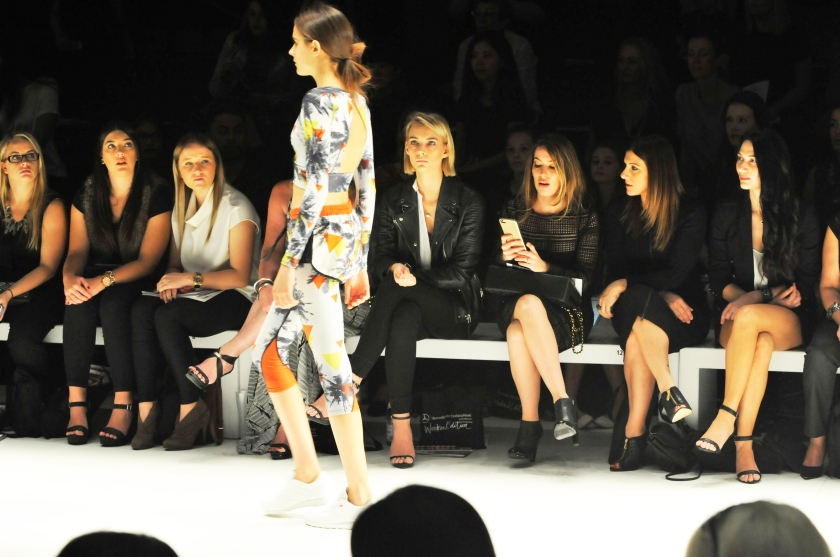 Call me a dilettante, and very many people do (even in their kindest moments) but I kinda like fashion, both as an observer and consumer. I’d prefer to flick through Vogue than Rugby League Week and I can tell the difference between Suzy Menkes and Suzi Quatro (even blindfolded). 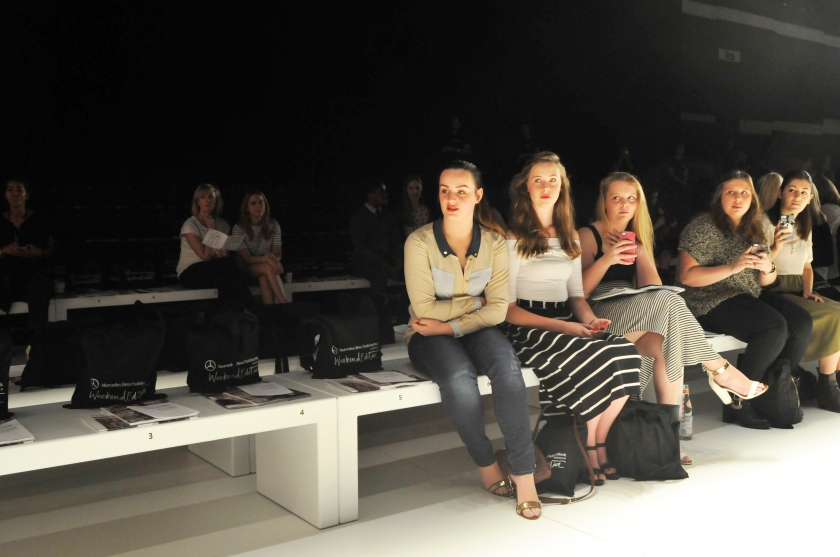 So when the opportunity arose to attend Australian Fashion Week 2015 (or the Mercedes-Benz Fashion Week Australia, as it is formally known), I jumped in. True, it wasn’t the REAL Australian Fashion Week. It was the Weekend Edition, when the general public, fashion’s ultimate target market, gets to peek behind the curtain (a little like the end of The Wizard Of Oz, except the costumes are more restrained) .

Anybody and everybody is allowed to attend. All you need is a ticket; mine came courtesy of a friend who won a double pass in a radio competition. I arrived armed with a Nikon 300S, a Nikkor 70-200mm F2.8 zoom, a Nikkor 24mm F2.8, and all the best moments of Zoolander on an endless loop in the multiplex of my mind, ready to capture the weird and wacky aspects of life in the fashion industry.

As indeed did everybody else there that weekend although they would have been sorely disappointed. Australian Fashion Week itself functions pretty much like Paris, Milan or New York in all its bizarre glory, especially the stratification of the haves and have-nots, the front rowers and those eternally exiled to the nosebleed bleachers (four or five rows behind, although no less of a social divide) that everybody knows from fashion magazines and tabloid television.

By the time the Weekend Edition rolled around, the designers had long-since fled, leaving only a phalanx of models to protect the industry’s dignity. 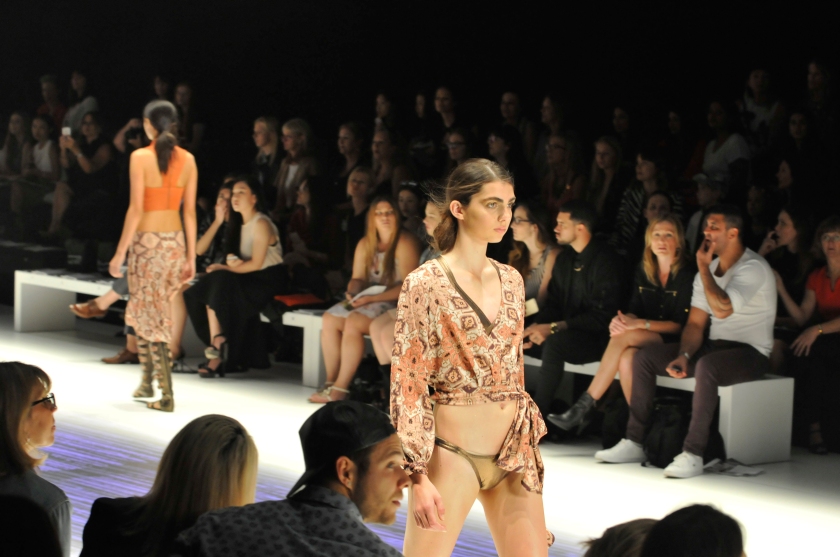 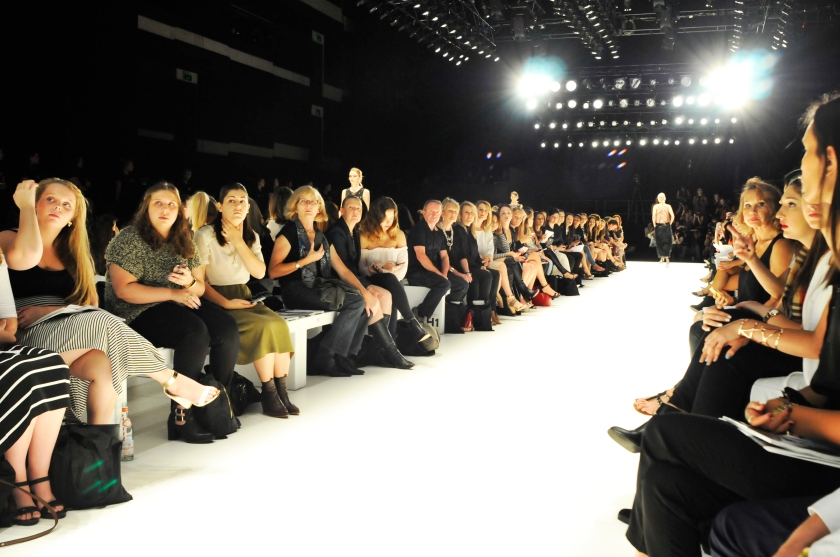 Which they did superbly with their serene beauty and perfect postures, horizon-gazing and even, occasionally, the hint of irony teasing their glossed lips. Perhaps they were gratified that they finally had an audience paying avid attention, happy to be there, interested in the clothes rather than each other or where they were sitting.

And, unlike the usual portrayal of models as gaunt waifs, flushed of physical substance by caffeine, nicotine and diuretics, I didn’t feel any necessity to toss the occasional sandwich onto the catwalk. True, they may have won first prize in life’s genetic lottery but they also looked like they could tell one end of a Steak frites from the other.

What do I know? I’m a bloke and, ipso facto, mere collateral damage in the fashion wars. But I know what I like and I liked my time at the Weekend Edition even if it was only Australian Fashion Week lite. The designers – which for those who know about such things ranged through Bianca Spender, Manning Cartell, Betty Tran, Steven Khalil, Serpent & The Swan, Watson & Watson, and Kate Sylvester, among many others – and their creations came and went from the catwalk too quickly to note, especially as I was having so much fun snapping away. And the people-watching opportunities were priceless.

Next year, I may even buy my own ticket. 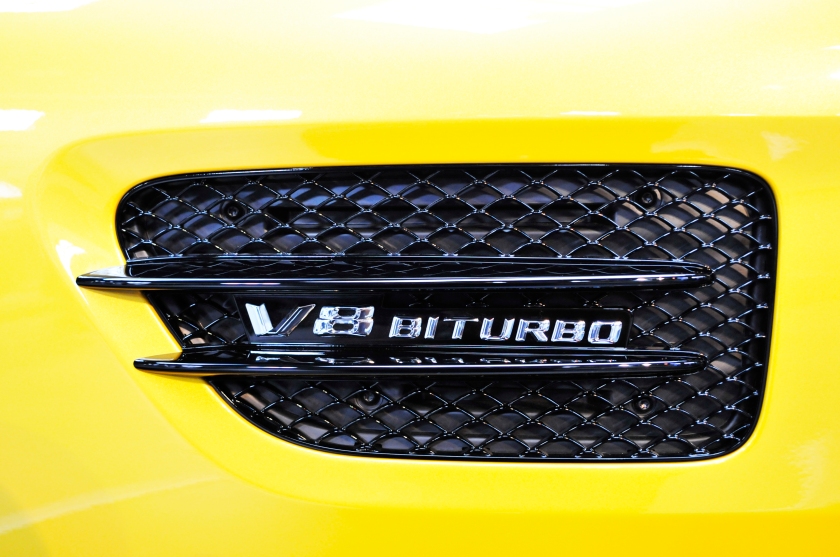 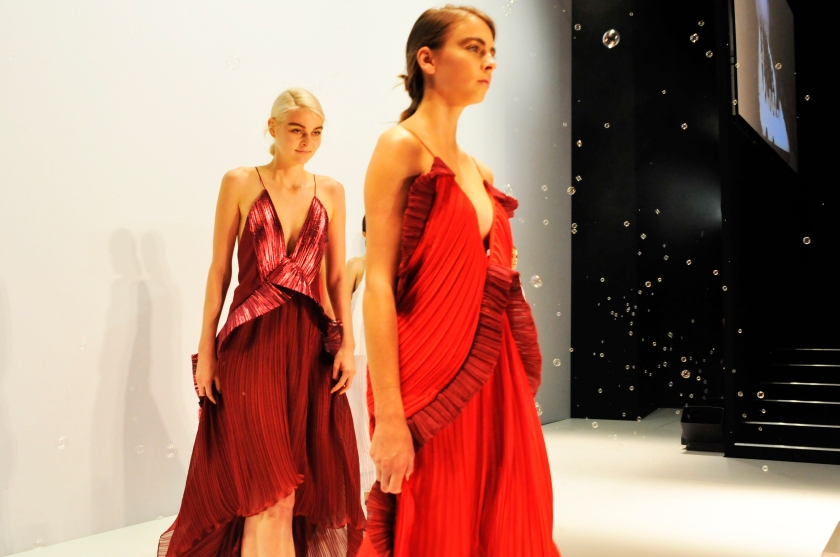 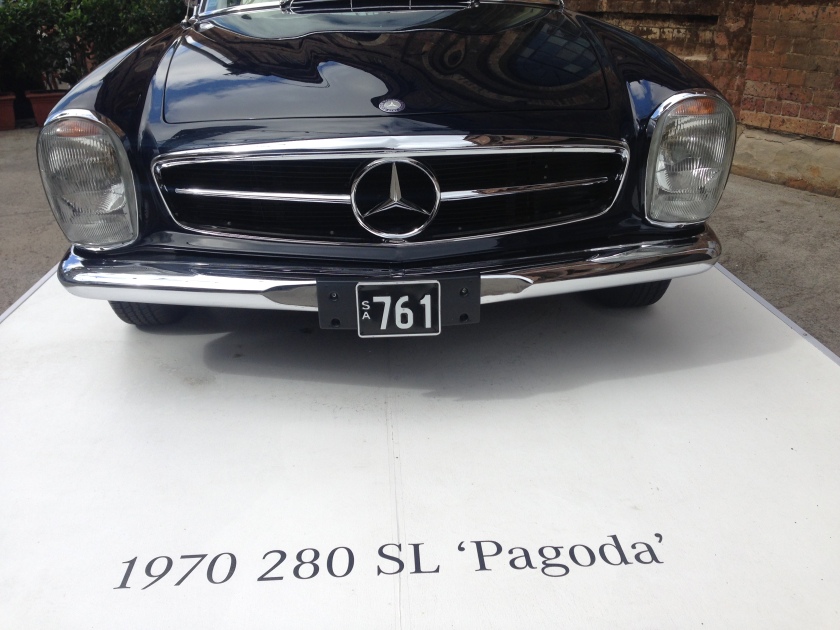 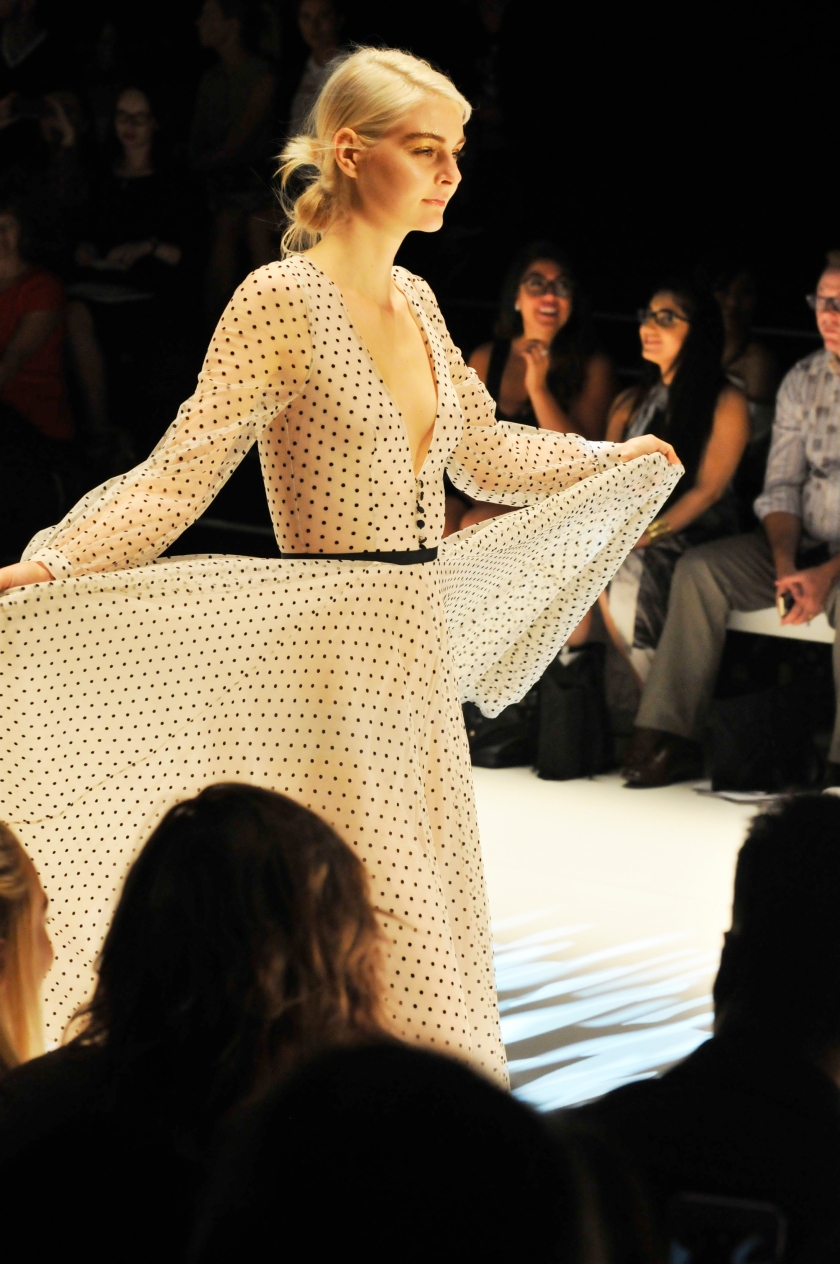 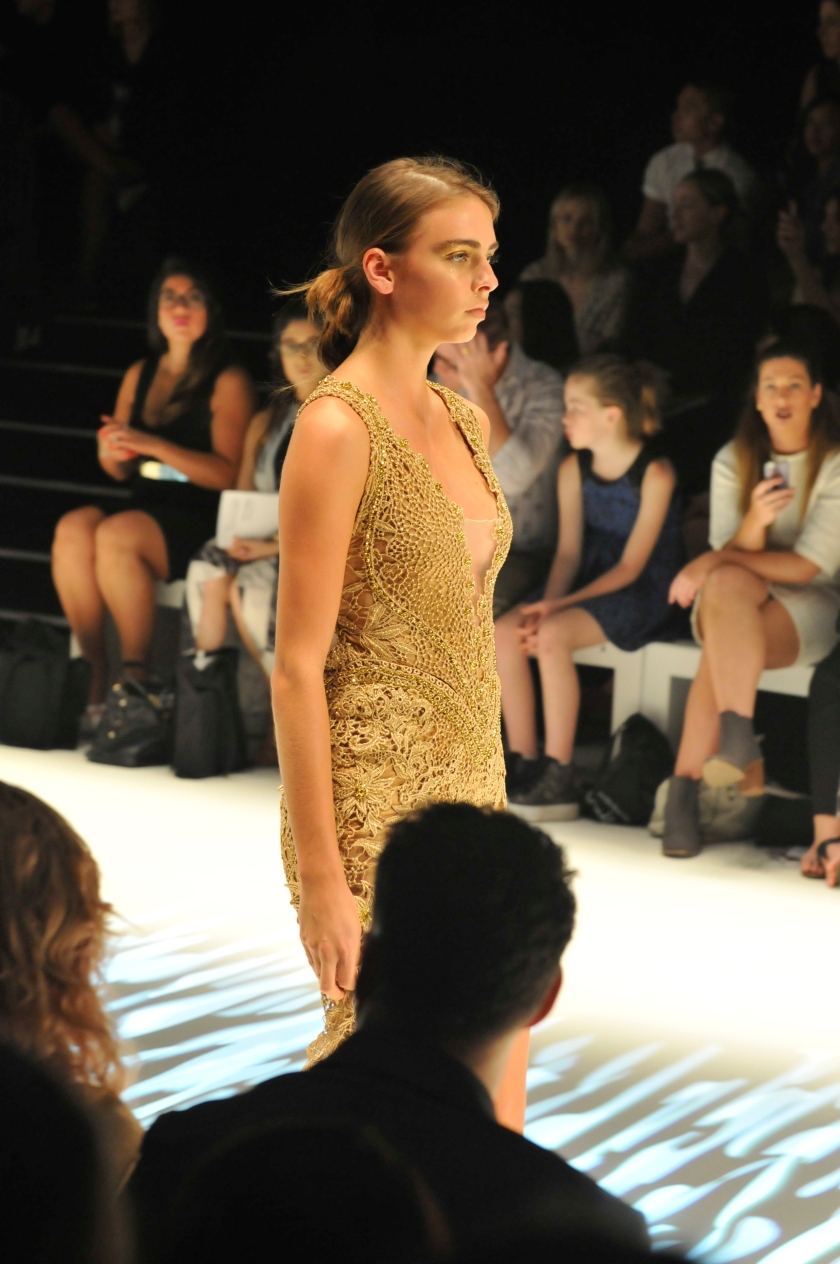 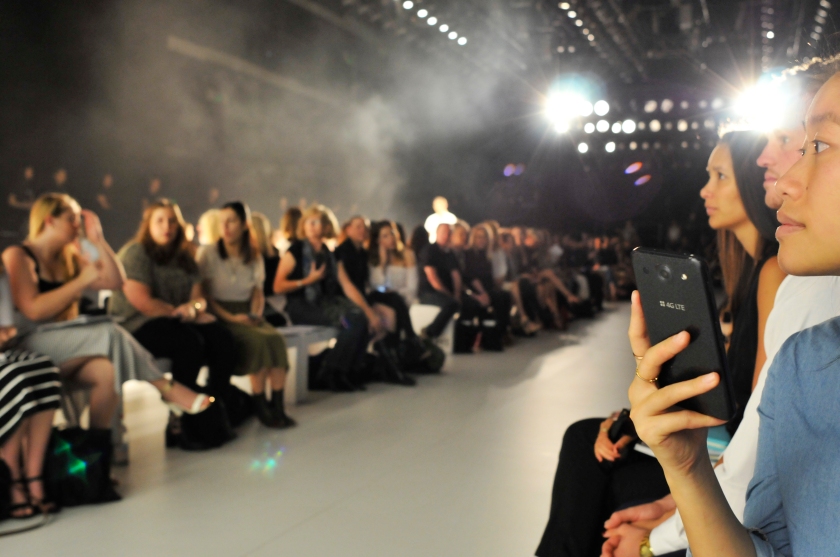 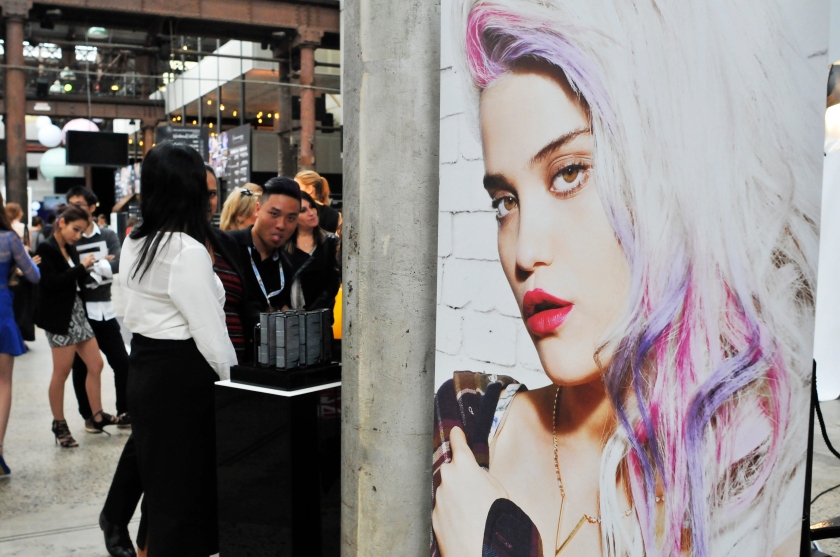