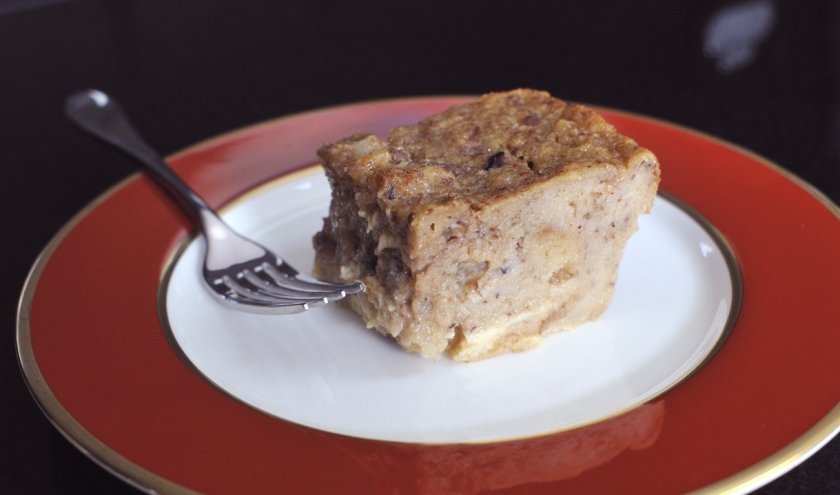 If you have a sweet tooth, like I do, Easter is heaven. While Christmas is traditionally savoury, with its emphasis on a wide variety of roast animals, Easter is all about chocolate and hot cross buns (spiritual considerations aside, of course).

Well known in Australia and the United Kingdom, hot cross buns might not be as traditional a fare in the United States so I’ll fall back on Wikipedia and describe them as sweet buns spiced with cinnamon and containing raisins, currants or mixed fruit. I have them toasted with marmalade jam which only points out just how recklessly I red-line my sweet zone. The traditional buns have been supplemented in recent years by such variations as chocolate chip, white chocolate and cranberry and even non-fruit (presumably washed down with a weak decaf non-dairy lattè with Equal).

This Easter, I was a little more careful than usual (maintaining my 20 kilogram weight loss from last year) but couldn’t entirely neglect my chocolate and hot cross bun habit. But once the Easter festival drags on and you’ve served them fresh, toasted, over easy, on horseback and every other which way, what else is there to do?

Try them in a bread pudding, of course. This recipe uses the traditional New Orleans-style Bread Pudding found in the Silver Palate Cookbook (Doubleday, 1981). The original recipe calls for one loaf of stale French bread or baguette but works equally well with ordinary stale sliced white bread or even brioche. Just about any bread or bakery item is fair game although maybe Cinnabon is going a bit far. There’s also a whisky sauce that comes with the original recipe but it’s your call as to whether it would be too much with the compounded richness of the hot cross buns. I say – you’ve gone this far, why not!

Oh, and before I forget, like all desserts, a scoop or two of ice cream is the perfect accompaniment.

For the PUDDING, in a large mixing bowl, tear buns into small pieces. Pour milk over and let stand for one hour.

In another bowl, beat 6 eggs, sugar and vanilla extract. Stir this into bread mixture.

Pour into baking dish, place on the middle rack of the oven and bake until browned and set. It should take about 70 minutes. It’s better if it’s moist in the middle. Cool to room temperature.

For the WHISKEY SAUCE, blend the softened butter with the icing sugar in the top of a double boiler over simmering water until all the sugar is dissolved and the mixture is hot. Remove from heat. Beat remaining egg well and whisk it into sugar mixture. Remove pan from base and continue beating until sauce has cooled to room temperature. Add whisky to taste.

To serve, preheat griller. Cut pudding into squares and transfer to a heatproof serving dish. Spoon whiskey sauce over the pudding and place under the griller until bubbling.