Note: For those who have been paying attention, this article will seem familiar as it originally ran in May 2011, not long after I started this blog. Over time, it’s slipped so far down the listings that it’s virtually inaccessible but I thought it worth resurrecting as a good example of how a sense of place can be evoked just as much by a person as anything else.

Of the twenty to thirty times I’ve visited New York (I’ve lost track of exactly how many), it’s this incident that I most associate with the city. It brings back so many ancillary memories. While I’d never want to live there, New York remains in my Top Five favourite places.

It was in the late 1990s and I was in New York researching an article on the newest and trendiest martini bars. In reality, this turned into something of a continuing quest and, several visits later, I was still hard at work. It was a tough job but somebody had to do it. I owed it to my readers to be as thorough as possible and damn the consequences to my liver and other vital organs.

On this particular trip, I planned to cover four martini bars a night for the duration of my stay. That evening, I’d started out at the Ritz-Carlton on Central Park South, went on to the historic Algonquin Hotel, then to Pravda, a very fashionable bar just south of Houston Street, virtually next door to the building where Grace Adler works with Karen Walker in television’s Will & Grace.

Pravda was below street level with vaulted ceilings and a run-down quality that lent it, at least to New York bar-hoppers, an authentic Russian appearance. By this time, dangerously, I was on my third martini and feeling no pain. To those whose sole experience with cocktails is with the stunted Australian variety, carefully measured out with laborious precision, it’s worth pointing out that an American cocktail is much, much bigger. Alcohol is cheaper and the size of the drink is often governed by the tip you left for the last one.

At Pravda, I had my fourth martini of the evening in a plush private booth, washing down caviar and blinis. Just as I was considering calling for the bill, the hostess rushed up explain that a VIP group was imminent and would I mind terribly vacating the booth? If I’d be happy to move to a table in the middle of the room (in reality, about 20 feet away), she’d send a round of drinks on the house.

Who was I to turn down such a kind invitation?

Within minutes, in walked Nicole Kidman, the Academy Award-winning actress of The Hours (2002), The Others (2001), To Die For (1995) and, one of my all-time favourite movies, Moulin Rouge! (2001). She was accompanied by her sister, Antonia, and another woman I took for a minder. I was aware that Nicole and husband Tom Cruise were then filming Eyes Wide Shut with Stanley Kubrick in London; it appeared she was in New York briefly for an awards ceremony.

Our Nicole, as she is known in Australia (born in Hawaii of Australian parents, there’s long been a national pride in her achievements and we even went so far as to consider Tom Cruise, during their marriage, as a sort of Australian-in-law) looked radiant that evening, every inch the movie star, in a body-skimming strapless black evening dress that highlighted her pale flawless skin. She was the embodiment of a movie star. Although not generally the type to intrude on celebrities, I’d certainly consumed enough rocket fuel to think Nicole would be happy, even eager, to greet a fellow Australian.

I held back for a while, aware that the true measure of a celebrity encounter is in the exit line, something witty and sophisticated and memorable. After a suitable period of reflection, it came upon me in a hot rush of originality and creativity. I knew without a doubt that she would be impressed; one Aussie chatting without artifice to another. The skillfully-rendered exit line would be the perfect way to sign off. My sharp but self-deprecating humour, delivered with typical Australian panache, would, I felt sure, be well appreciated after the endless parade of phoneys and sycophants she endured in her professional life.

In hindsight, I recognize that the tingle I felt was not really anticipation but more likely a premonition of rapidly approaching disaster, a train wreck of truly momentous proportions. The engine was tearing down the track, the throttle on full. The bridge was down and the river high. I was in the driver’s seat, Casey Jones cap at a jaunty angle, martini glass in hand, and a maniacal cackle issuing from my frothy lips. The inevitable was rapidly approaching and there was nothing I could do about it, even if I wanted to.

Standing a little too unsteadily, I pointed myself towards Nicole’s table. Three anxious faces turned at my approach but, once Nicole heard my accent, she seemed to relax. As far as I can remember, she was enchanting and attentive but I have no memory whatsoever of the conversation.

Suddenly, the time seemed right. I deftly maneuvered the conversation towards the exit line and then, just as I was about to permanently impress the Greatest Living Actress of Our Generation………my mind went blank. I stood there uncertainly, my mouth moving but nothing coming out, a sense of helplessness and growing hysteria compounding by the second. If Travis Bickle had suddenly pressed a handgun to my forehead, I still wouldn’t have been able to remember the line.

The combination of my apparent consternation, my mouth motioning silently like a goldfish and my swaying from side to side may have led them to believe I was about to be ill. They shrank back in the booth. I was desperate to flee so, after what seemed an eternity, I blurted out the first thing that popped into my head.

“You’ve come a long way since BMX Bandits.” I then turned for the door and stumbled inelegantly into the night. 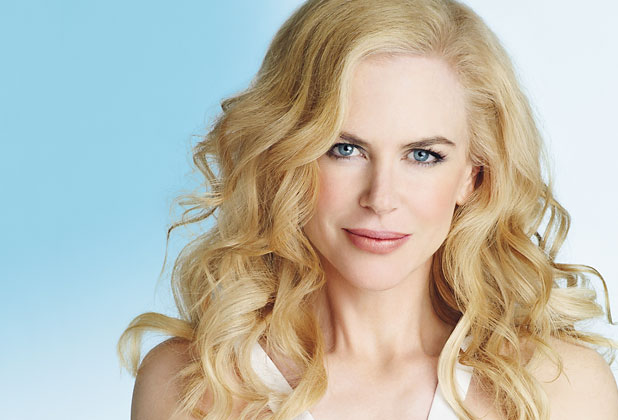 Not long after, Nicole and Tom split up. Was it one of those wild coincidences, I wondered, or had our encounter coloured her decision? Had Our Nicole realised that what was missing from her life was the meat and three veg of a down-to-earth Aussie guy just like she’d met that fateful evening in New York, like the ones she’d left behind when stardom, and Tom Cruise, came calling?

Later, of course, she married Keith Urban, the singing country superstar from Caboolture, Queensland, and her fairytale was complete. Coincidentally, I’d met Keith a few times in the early 1990s when I was working on a book on Australian country music and always found him delightful and entirely uncomplicated. I’m sure he’s still so.

That niggling sense of guilt continues to this day. I can’t help but think that, in some miniscule way, I was responsible for Nicole and Tom’s divorce. Had a nameless Aussie guy with an easy repartee and far too much vodka brought a Hollywood marriage undone? Only Tom’s eventual autobiography will tell.

One thought on “To Die For: Nicole Kidman, Too Many Cocktails and The Greatest Exit Line In The World.”

Early January marks the birthdays of a large part of my record collection. Both Elvis and Bowie were born on 8 January, David Johansen and Jimmy Page on the 9th, Rod Stewart and Donald Fagan on the 10th, along with a whole stack of others sprinkled through the month such as Sam Cooke, Dolly Parton, Janis Joplin, Mick Taylor, Clarence Carter, Greedy Smith, Michael Hutchence, Johnny O’Keefe, and Doc Neeson. Which is my way of dragging out another of the Bowie archive photos from my collection. This one dates from the China Girl video shoot in Sydney and is date stamped (12 September 1983) on the back. Bowie, who also shot the music video for Let’s Dance in Australia during the same period, is shown with Geeling Ng; a New Zealand actress, Ng was working as a waitress at one of my favourite hang-outs of the time, Dean’s in Kellett St, Kings Cross, when Bowie first met her. Bowie had an apartment in Elizabeth Bay, which he owned for quite some time. Bowie and Ng made the video, romance bloomed (as it did for many of Bowie’s co-stars), and eventually Ng returned to New Zealand where she became something of a media celebrity. Although there’s no photographer credit on this, it was most likely shot by Patrick Jones. #music #vinyl #vinylporn #vinylcollection #vinylcommunity #recordcollector #record #rarevinyl #bowie #davidbowie #progrock #letsdance #travel #instatravel #instagram #instapassport #travelphotography #australia #visitnsw #kingscross #sydney
Travelgal on the move

The Museum of the American Cocktail

My Girls On Tour

Flashin' on the 70s
Austrian Adaptation