A couple of years ago, I penned an article for Travel + Leisure magazine on one of my favourite subjects, old-time Las Vegas. It revolved around how my interest had developed after acquiring my prized 1963 Cadillac Coupe de Ville and discovering the original owner’s name amongst a mountain of paperwork that came with the car.

The article remains one of my favourites, more so because of the opening line: “It started, as these things so often do, with a cardboard box full of crap.” The editor kept that line in, unmolested by decorum, when many others would have tossed it aside. 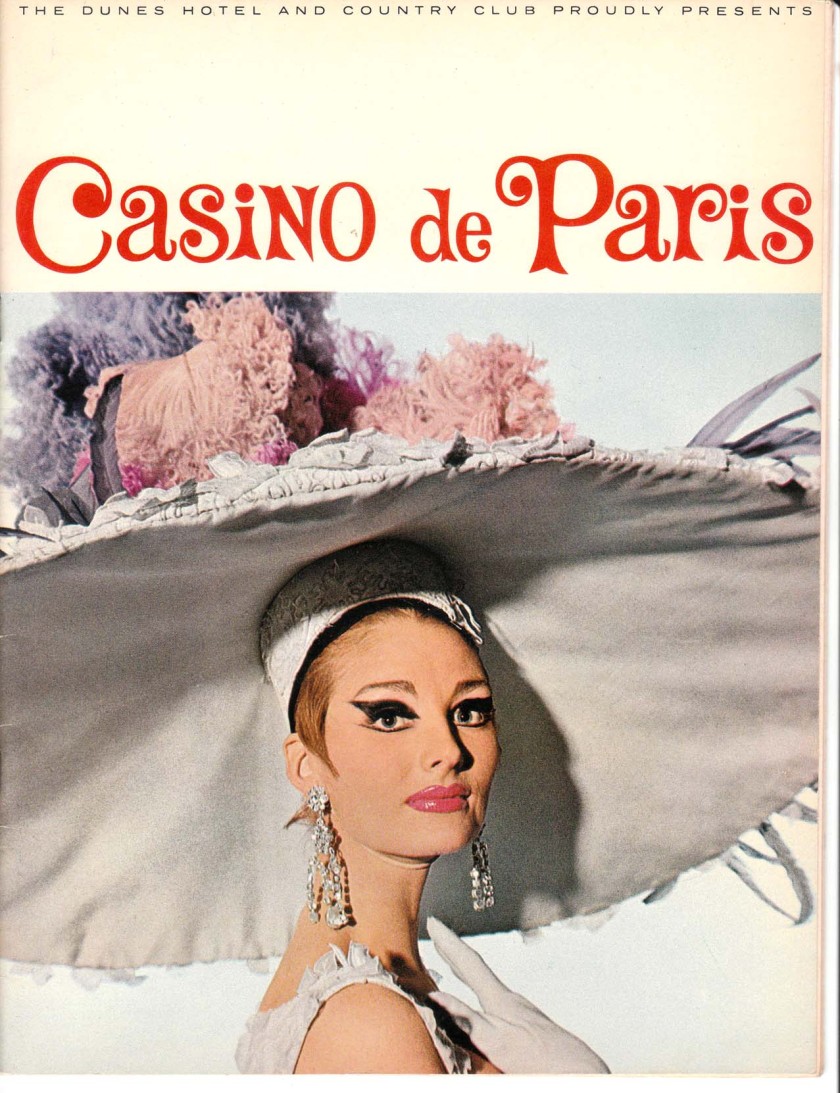 The Cadillac, a Detroit steel monster in gleaming Silver Mink paint, measures almost 5.7 metres long, weighs in at just over two tonnes, and has bucket seats and an interior of the most indulgent red leather. It was delivered new to its Las Vegas address in May 1963 and the name listed in the owner’s manual was Frederic Apcar.

For some reason, it took me a while to Google the owner’s name but, when I did, a surprise awaited. Apcar was a legend in Las Vegas, a producer of tits-and-ass showgirl extravaganzas at the famed Dunes Hotel and Casino; in 2006, he received a lifetime achievement award from the Nevada Entertainer/Artist Hall of Fame. 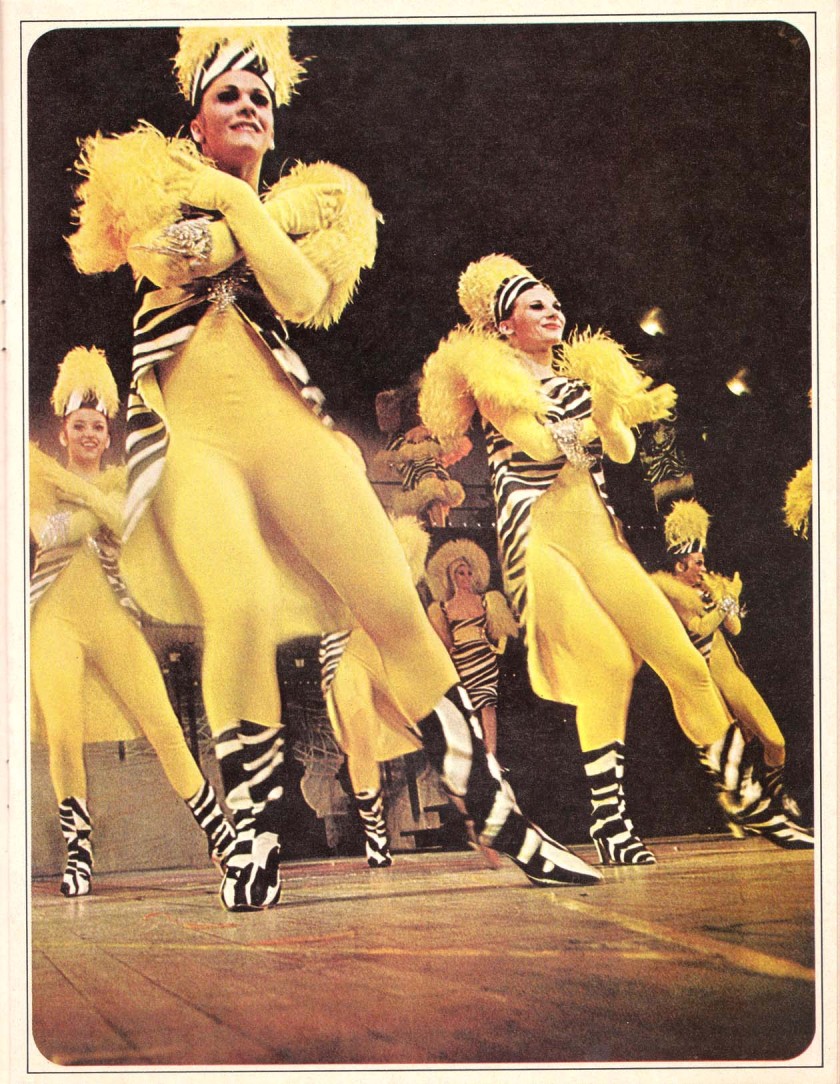 The Dunes opened in 1955 on a 35 hectare site at the southern end of the Strip, diagonally across the road from the Flamingo. With 200 rooms and a 28-metre pool, the largest in the country, the hotel was dominated by a 10-metre-tall fibreglass statue of a Middle Eastern Sultan. The Dunes’ initial investors included East Coast Mob money and was later expanded with funds from the Teamsters Union Credit Fund run by Jimmy Hoffa.

In its early years, The Dunes staggered from one misfortune to another but, by the early 60s, was on the rise. General Manager, Major Arteburn Riddle, knowing the value of entertainment in luring gamblers through the doors, hired Apcar to devise an only-in-Vegas drawcard.

Born in Paris, Apcar was a chorus boy in the famed Folies Bergere at the age of 16. By the time he came to Vegas, he was 46 years old and a respected dancer and choreographer. He drew on what he knew – beautiful women, glamorous costumes, naughty-but-nice dance numbers and variety acts. His first production at The Dunes, Viva Le Girls! opened in the Parisian Room Lounge in 1961. With a budget of $US165,000, it became one of the longest-running shows in Vegas.

His ambition, however, didn’t stop there. He negotiated with the owner and producer of the Casino de Paris to license the first official show outside France. It was already synonymous with glamour; Maurice Chevalier and Josephine Baker had both performed with the Casino de Paris and, in the 1970s, Yves Saint Laurent would design costumes for the show.

In December 1963, just a few months after Apcar took delivery of my silver Cadillac, the Casino de Paris show opened in a new custom-built theatre at The Dunes. It was an immediate success; by the mid-60s, the production cost $US75,000 a week to run and had a cast of 100 dancers and performers who cycled through 518 costumes, 250 hats and 500 wigs.

Apcar remained producer and director of the Casino de Paris well into the 80s but, as the years progressed, The Dunes had trouble competing with its upstart neighbours. That it occupied such a prime position on the Las Vegas Strip only hastened its demise. Steve Wynn bought the property in 1992 for $US75 million and closed The Dunes the following year. He imploded the high-rise 60s accommodation tower in spectacular style in October that year and began construction of the $US1.6 billion Bellagio.

Apcar lived to witness the changing fortunes of The Dunes and Las Vegas and died in 2008, aged 93.

Words  © David Latta. Photos from Casino de Paris programs from the 1960s from the author’s own collection. Additional information from the excellent www.classiclasvegas.com website.

45 thoughts on “A Classic Link To Old-Time Las Vegas: The Dunes, Frederic Apcar and the Casino de Paris”

Strange. I’ve been playing this the last few weeks and, this morning, news of Steinman’s death comes through. Before Meatloaf (and during and after), there was James Richard Steinman, songwriter and ringleader of the Bat Out Of Hell circus. In 1981, two years after Bat Out Of Hell set the music charts alight, Steinman had his first and only chart entry with Rock And Roll Dreams Come Through from his own solo album, Bad For Good. It floated around the lower reaches of the charts (though, in New Zealand, it reached as high as Number Six). It would be 12 years before Meat Loaf did his own version, on Bat Out Of Hell II: Back Into Hell (with a film clip that features a young Angelina Jolie). Compared with Mr Loaf’s characteristic bombast, I kinda like this version.
TIME GENTS